With the Red Planet becoming more interesting for both government space agencies as well as private companies, we decided it was time to revolutionize the way we explore Mars. Born from the winning entry for the Odysseus Space Contest in 2017, the Tumbleweed Mars rover leaves behind the traditional approach for rovers. Instead, the spherical rover is designed for the fast exploration of large areas, making use of the strong Martian winds. Modularity, the use of off-the-shelf components, and the production of more than 100 wind-driven rovers allow a significant decrease in costs – making Mars accessible for research institutions, companies, universities, or any organization willing to work with us to integrate their payload on a Tumbleweed.

“We decided it was time to revolutionize the way we explore Mars.”

“Such extensive data on the Martian surface is essential for future planning of research or human missions.”

When dropped over the Martian north pole, the Tumbleweeds act as their own parachutes, unfolding on the way down. Once landed, the perfectly arranged sails ensure that the swarm of Tumbleweed can make the best of the up to 360 km/h strong winds. As the wind propels them towards the equator, the rovers gather valuable data through their various integrated sensors. Such extensive data on the Martian surface is essential for future planning of research or human missions as it can be used to refine maps, find useful resources, and scout optimal landing spots as well as interesting research targets for follow-up missions. 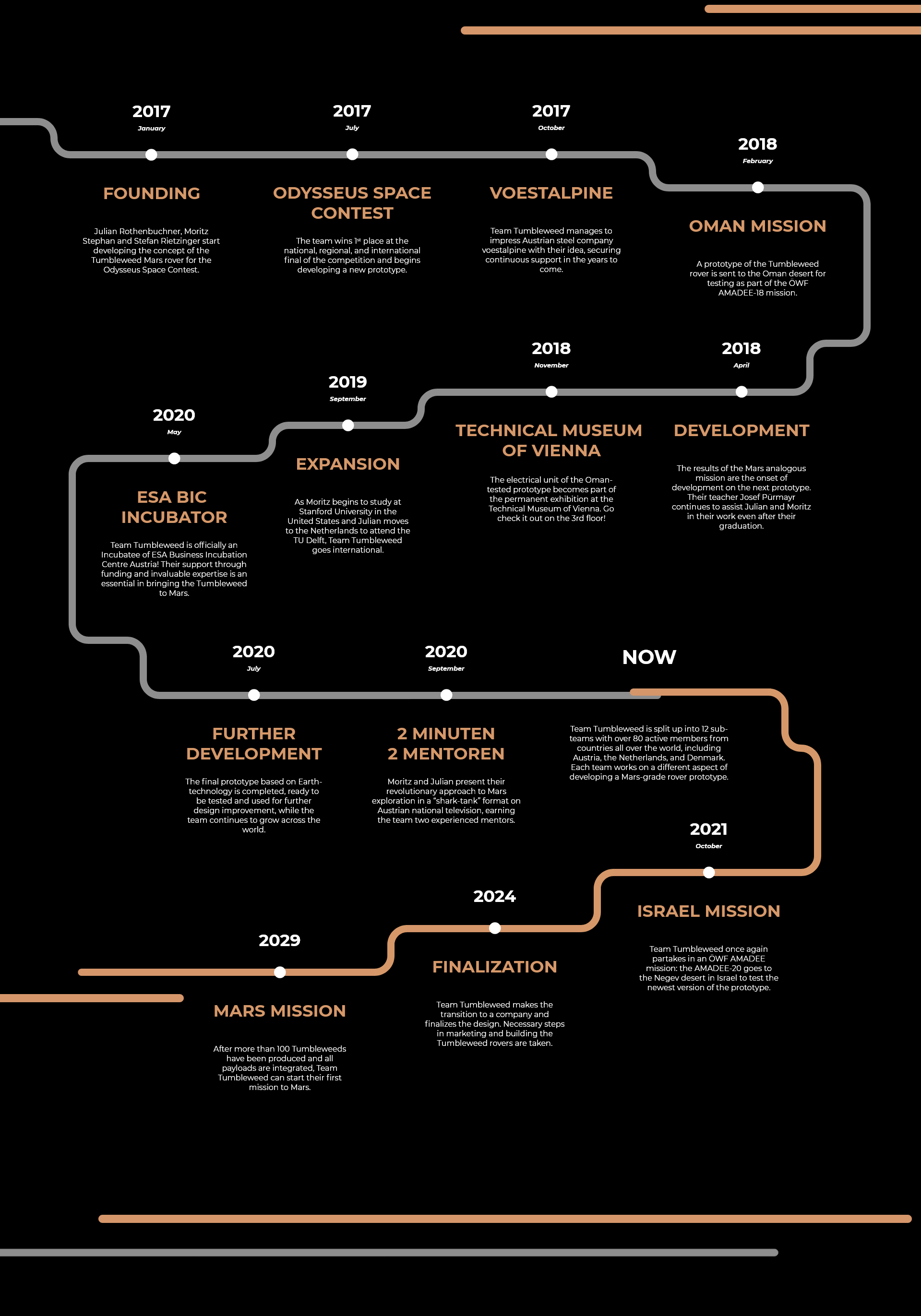