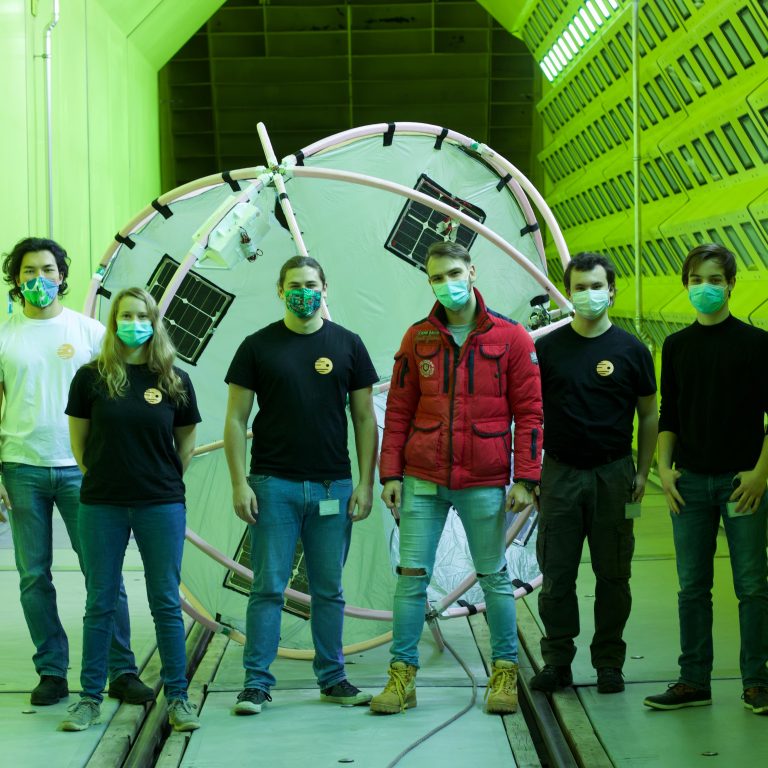 Despite the COVID situation, significant progress has been made in the development of the V3 prototype over the last few months. In December, the Aerospace Engineering (AE) Vienna Team conducted a wind tunnel test to be able to further improve our (theoretical) understanding of the V3 prototype. Their goal was to find out at what wind speed the Tumbleweed Rover prototype would start moving.

The Aerospace Engineering Vienna Team spent most of 2020 building, testing and developing the V3 prototype. On the 22nd of December, they conducted the most recent test at the RTA (Rail Tec Arsenal) climatic wind tunnel in Vienna. The climatic wind tunnel is able to simulate weather conditions such as wind, rain or snow. It is used to test the impact certain climatic conditions can have on vehicles, such as aviation, rail and road vehicles. The RTA Team was very helpful and made it possible for the AE Vienna Team to get a testing date very quickly and assisted them in planning tests highly professionally. We are very grateful they so generously supported us on our journey to Mars.

The AE Vienna Team started the tests in the morning and spent almost 7 hours at the RTA. Beforehand, specific testing plans were prepared. These testing plans were then conducted step by step. However, they also came up with various different testing methods on the spot in reaction to the results. Prior to that, they had determined a best- and a worst-case scenario, based on calculations of the aerodynamics of the Rover’s sails. In the best-case position, the Tumbleweed Rover, which weighs around 15 kg, would need the least amount of wind velocity to start rolling and vice versa. Additionally, they wanted to test the resting system, which functions as a stopping mechanism of the rover. They secured the Tumbleweed Rover to the floor with harnesses and used a fog machine to be able to follow the movement of the wind and analyze the aerodynamics of the sails. 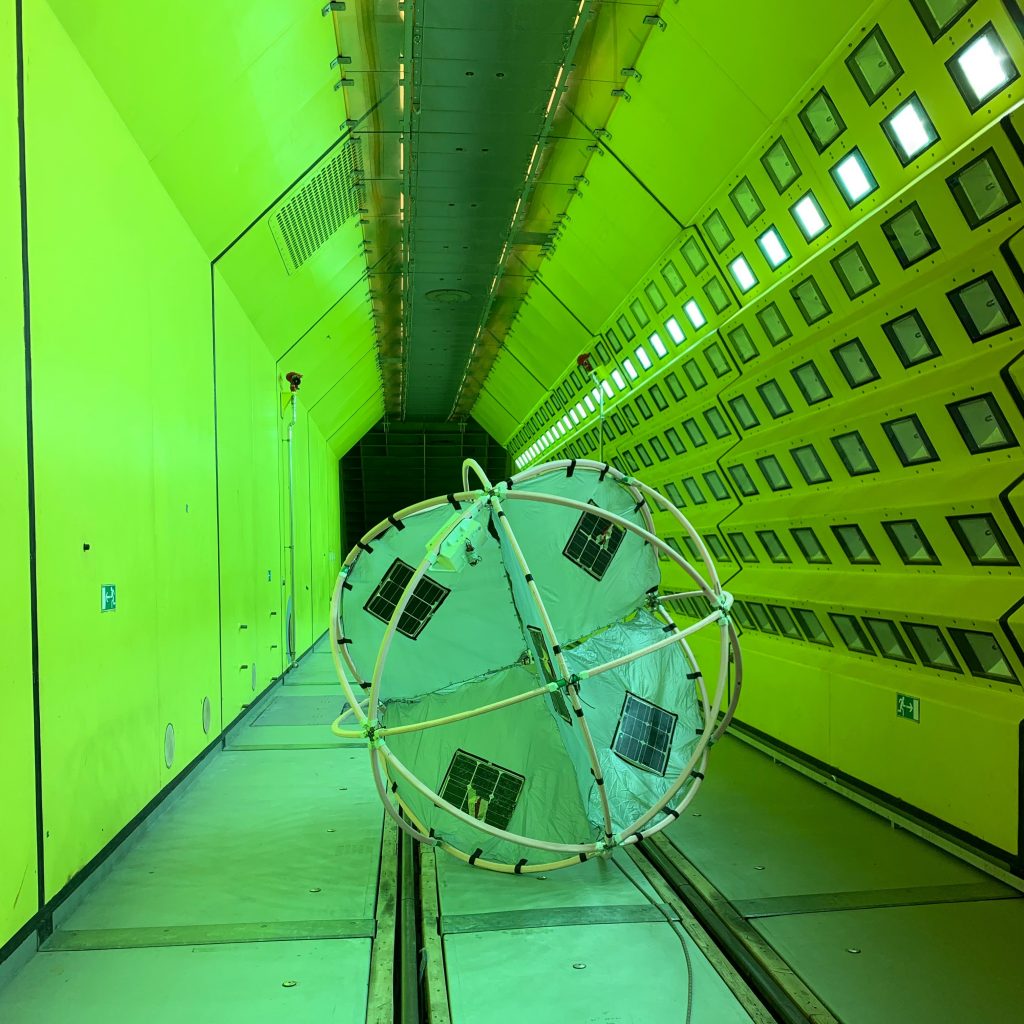 The test results turned out to be rather surprising. The team found that what they had previously assumed to be the ideal position was actually the worst-case scenario due to a minor detail previously overlooked. Additionally, they found that in the best case scenario the Tumbleweed Rover would start moving at a wind speed of 11 km/h and in the worst-case scenario at 18 km/h, both of which are extremely low considering the far higher velocities the winds on Mars can reach. They found that the placements of the pods need to be taken into account as that these, next to the position of the Rover and the aerodynamic settings of the sails, make a huge difference regarding the wind speed at which the Rover starts rolling. Furthermore, they realized that a lot of development and improvement needs to be done on the resting system. Therefore, the team will now focus on these new findings and continue developing the V3 Prototype. The team already has plans to return to the climatic wind tunnel once the changes have been implemented.

Overall, the testing phase is essential for the development of each prototype. Each test provides the team with important new findings. This way they are able to continuously improve the current prototypes. The findings provided by this recent test will make the team able to improve the prototype and prepare for the important AMADEE Mars Analogue Mission in Israel scheduled in November and make it possible to start designing the V4 Prototype. We are all very excited to see how the AE Vienna team will continue to further improve the V3 Prototype and therefore, take us a lot closer to Mars.